NEW DELHI: I am sad about the state of the official SAARC. There is still little connectivity between some of our countries. I have had to travel from Delhi to Islamabad via Abu Dhabi. This is really sad. Getting visas for Indians and Pakistanis for these two countries continues to be a nightmare.

Even when we get a visa it is for cities and not for the whole country. On top of that we have to report to the Police on arrival and before departure. SAARC members doing this to the citizens of each other’s countries!! Incredible, isn’t it?

There have been two kinds of changes in our world. One kind is those which focus only on development, without thinking of inclusion and sustainability. These changes and developments have normally increased Exclusion and Inequalities.

The other changes are those which talk of and work for Inclusion, Justice and Human rights.

Based on my knowledge and experiences, I believe that grassroot level people have led the pro justice and pro equality changes, in all over the world. It is ordinary people who have done this extra ordinary work. For example, it were working class women factory workers in the US, in Russia and other countries who struggled for women’s rights and it is in their memory that we celebrate March 8 as International Women’s Day.

It is workers, poor women and men, who fought for Labor Rights and led to changes in Labor Laws. 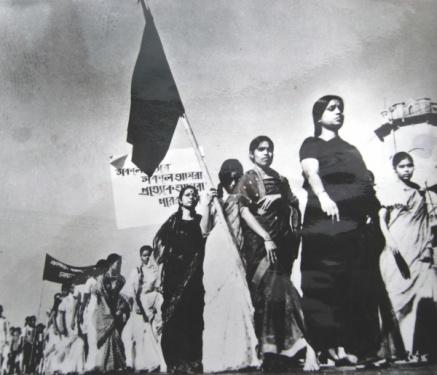 In pre Independence India in 1848, a Dalit woman- Savitribai Phule along with her comrade Fatima Shaikh struggled to start a school for poor girls. They challenged religion, caste, patriarchy, unjust traditions. Friends, 1848 was the same year the Communist Manifesto was written in Europe.

In Bengal which included West Bengal and Bangladesh, we had the Tebhaga movement led by women and men peasants.

In India we had the Telangana movement in which many women participated.

Both Tehbaga and Telangana Movements were for Land Rights and rights of share croppers and large numbers of Women participated.

Millions of Grassroots women participated in the 2nd Independence struggle, but they remain nameless.

In some countries grassroot women have led social, economic and political struggles. For example, women played a big role in the freedom struggle of Bangladesh.

Sindhyani Tahreeq in Sindh and Thappa Brigade of Punjab in Pakistan have done radical work. In Nepal single women have been doing creative work. Unfortunately, I have no time to give more examples from other countries.

Now to India, because of Lack of time I can only mention names of struggles and a few names only. I cannot go into details.

The Anti Liquor movement led by women in Andhra Pradesh 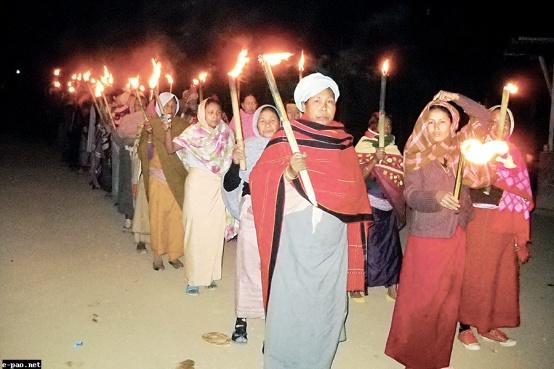 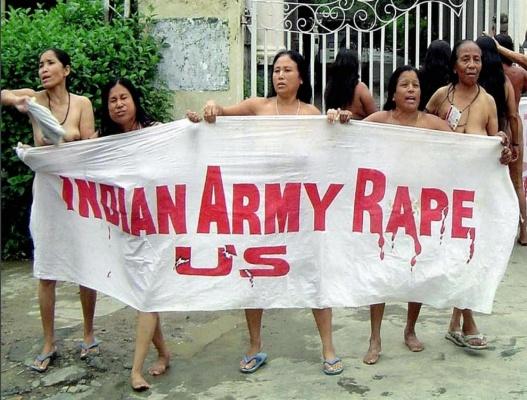 Women in the North East of India started an organization called Meira Paibis and they have been fighting against liquor and other social evils. They struggled against rape by the Indian army in a unique way. Elderly women stripped themselves to shame the Army. 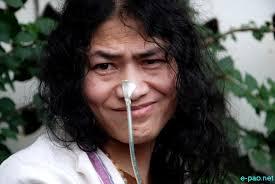 Irom Sharmila has been on a hunger strike for over 13 years against the Armed Forces Special Powers Act. 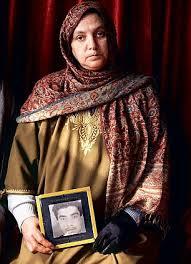 In Kashmir, Parveena Ahangar has been leading a struggle to find Disappeared persons since 1995

Self Employed Women’s Association is in Ahmedabad, Lucknow, Kerala and has been struggling for the rights of women in the informal sector which led to policy changes at the national and Global levels. 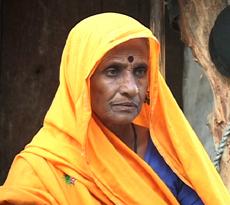 Bhanwari Devi’s struggles against rape in Rajasthan led to the policy against Sexual harassment at the place of work 1992. 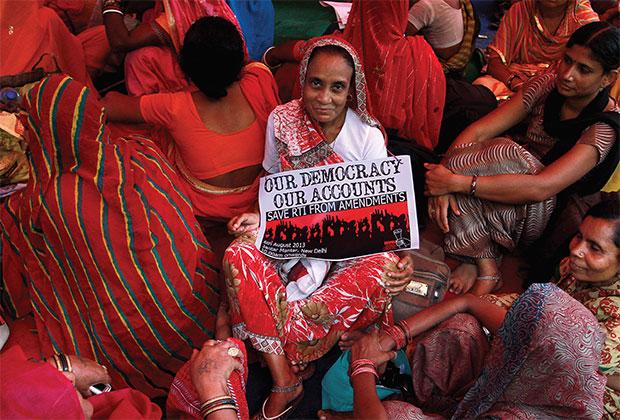 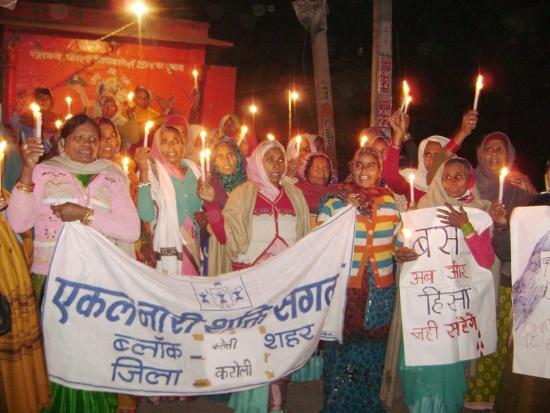 The Single Women’s movement in India, which has over one Lac members now, has been struggling for the rights of single women, who are amongst the most marginalized and poor. 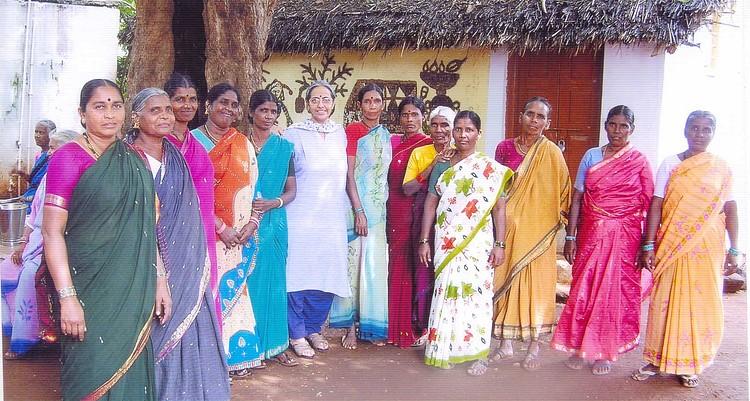 Community women from the Dcaan Development Society, in Andhra in Andhra Pradesh, have been promoting sustainable agriculture, rural education, empowerment of women etc.

Then we have the struggles of sex workers, transgender women, for getting them justice and rights.

They are so poor that they have nothing to lose but their chains. Therefore, they are fearless.

They live in communities, they are not individualistic, and so they get organized in large numbers.

In my experience of the last 45 years I have seen that there is a gap of 20 to 25 years between when the grassroots women first raise these issues and when our governments and the UN make policies on their recommendations. When women raise the issues they are called anti national, anti development but in due course no one can deny the truth of their assertions and their demands become policies.

Many of these struggles have led to Policy changes at the national and UN level.

MDGs, SDGs got formulated as a result of their decade’s long struggles.

There is no denying the fact that many middle class women helped these grassroot level women and their organizations and struggles; women like Ela Bhatt of SEWA, Vandana Shiva, Medha Patkar, Aruna Roy, Ginny Srivastava in India. However, the main roots and force of the struggles have been grass root level women.

Women’s Studies and some activist researchers have also supported and documented the struggles of community women.

These struggles of grassroot women are collective. Upper class women shine normally as individuals and that cannot become a political struggle.

At the global level we have the rich and powerful meeting at the world Economic Forum. They are promoting the NEO LIBERAL, NEW IMPERIALIST paradigm, which according to many of us is destroying the environment and increasing inequalities, unemployment etc.

World Social Forum represents the poor of the world and it struggles for values like sustainable life styles, ecological development, earth democracy, inclusion and climate justice.

I would like to sign off with this story from Gautam Buddha’s childhood, because it says a lot about our present day development debates and the role of grassroots level people.

Gautam was about 12 years old and was playing in the garden when he saw a beautiful bird fall from the sky. He rushed to the bird, picked it up and saw that the bird had been hit by an arrow. He ran home with the bird, called people to help him and started nursing it.

Just then one of his male cousins came rushing in, saying, “Gautam, give me my bird, this is my bird”. Gautam asked him why the bird was his. He replied, “It is mine because I hit it with an arrow and brought it down”.

Gautam understood what his cousin said but he did not like his logic. He thought for a while and said, “You wanted to kill this bird, which means you are its enemy. How can I give the bird to the enemy? I love this bird; I want it to live, so it is mine”.

Those with economic power are like Gautam’s cousin. For immediate profit they will “shoot” anything down. For profit they will turn fertile lands into golf courses, they will over exploit seas; they will poison the land by over use of fertilizers, because they have no love for nature.

The peasants, farmers, fisherfolk, craftspeople, indigenous people on the other hand, have a relationship of love with nature; they have a caring and nurturing relationship because their life-line is linked to nature.